Since 1989, over 10,000 lives have been transformed and impacted by our work. With unrelenting assistance from people like you, we're currently serving over 4,400 children in Uganda. Our students, sponsors, and staff feed each other's souls. Above all, we grow in fellowship, faith, and prayer. Let's extend our families beyond borders to inspire everlasting impact.

Kamusenene Education Center is located in Mubende district found in the Central Region of Uganda. The district covers an a...

Kassanda Education Center is located in Mubende district found in the Central Region of Uganda. The district covers an are...

Kitongo is located in Mityana, a town in the Central Region of Uganda. Mityana is approximately 48 miles, by road, west of... 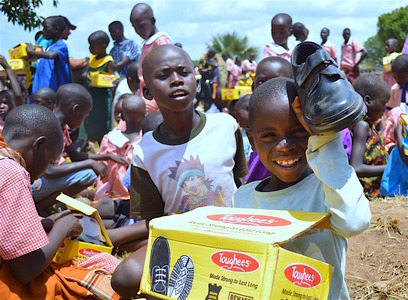 It is located in the Northern part of Uganda in a district called Gulu, and it’s about 340km from Uganda’s Capital Kampa... 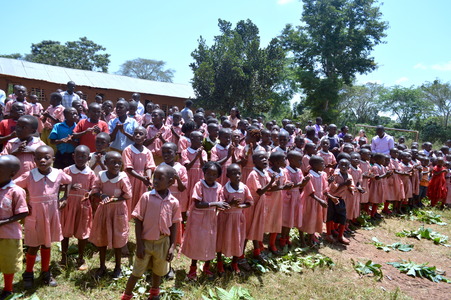 Lugazi Education Center is located in Mubende district found in the Central Region of Uganda. The district covers an area ...

Rwenjiri Education Center is located in Mubende district found in the Central Region of Uganda. The district covers an are...

Some Facts About Education in Uganda

In Uganda, 7 out of 10 children won't finish a primary-level education. Most adults haven't received an education, and therefore don't see educating their children as important - many prioritize child labor over education. Uganda has one of the lowest primary 'survival rates' in East Africa - with just 33% of children starting primary school finishing. On the other hand, Uganda's neighboring countries have better survival rates; Kenya's primary survival rate of 84%, Tanzania of 78%, and Rwanda of 81%.

In the Government-run schools, there can be one teacher to look after 100 children, although the average classroom is one teacher to 54 students. Schools are often mud huts with no amenities, air conditioning, or educational materials. Uganda has the world's youngest population. There are currently over 38 million people living in Uganda, 50% of which are under 14 years old; It means close to 19 million children are running around in Uganda.

This is the pre-school level of education in Uganda. Children usually start at the age of three and complete nursery school by the age of six.

In Uganda, there are seven primary school years, from primary one to primary seven. With normal annual progression this means primary school should last seven years, but many pupils drop out part way through and return later, so it is not unusual to find teenagers sitting primary exams. At the end of primary seven, pupils sit their first major national exams – the primary leaving examinations (PLE). Presently PLE has four examinable subjects – English language, mathematics, science and social studies. The best possible mark pupils can achieve is a total of four (which means one point - a distinction - in each subject), while the worst is a total of 36 (nine points for each subject, which means a fail). Students with between four and 12 points pass the PLE with a first grade, or division one. Those with scores between 13 and 23 get a second grade; 24 to 29 get a third grade, while those with 30 to 34 pass with a fourth grade.

Pupils who pass their PLE can progress to secondary school. This has two stages; the first four years, senior one (S1) to senior four (S4), constitute the O-level period. At the end of S4, students sit the second major national exams known as the Uganda Certificate of Education (UCE) or simply O-level examinations. Students who pass their O-level exams may progress to A-levels or the Higher School Certificate (HSC). This lasts two years, S5 and S6, after which students sit for the Uganda Advanced Certificate of Education (UACE) examinations, also known simply as A-levels. All these three annual national exams are sat between October and December.

UNIVERSITY AND OTHER TERTIARY INSTITUTIONS

Students who pass their A-levels may choose to progress to university, where they can study for degrees, or to other tertiary institutions that award diplomas and certificates. Some wealthier parents send their children to universities and colleges abroad. The government gives about 4,000 university scholarships each year, and sponsors thousands of other students in other tertiary institutions. But tens of thousands of students who do not get the competitive government scholarships depend on their parents and guardians to pay their tuition and upkeep.